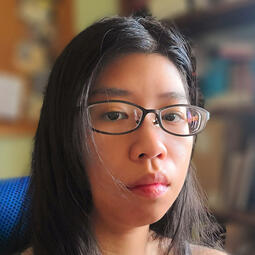 Latest News
Unnamed Game Company's first publication, This Night and Then, has been released! Build your stories from the ending back, and explore with your team all that has happened to lead up to the finale!

Check out Urban Garden Jewelers in Pathfinder 2e's The Grand Bazaar, or find out about the history of blackpowder in Golarion in Guns and Gears!

EN Publishing's Level Up! Kickstarter has gone live! Make your pledge before it ends on November 6th!

Upcoming Publications
From Paizo:
Monster of Myths
Book of the Dead

Yvonne, pen name Sen H.H.S., is a Taiwanese freelance TTRPG writer who has both self-published and written for acclaimed publishers and projects such as Paizo and the Unbreakable Anthology.

She spent her formative years in Taiwan before going abroad to live in Singapore, China, and Canada. She has a BMLSc degree from the University of British Columbia. She is also an alumni of the Writer Studio program at Simon Fraser University, where she studied speculative fiction under Hiromi Goto.

Yvonne currently lives in New Taipei City with her loving parents. You can follow her on Twitter @SenHHS for her latest activities and thoughts.

A list of projects she has participated in may be found under portfolio.